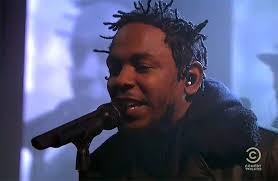 Kendrick Lamar, who turns 28 today, is a rapper whose has gone over and about to change the game. Appearing, supposedly, from thin air, the Compton born emcee has gone on to become one of the best rappers of his time. He was just recently named as a generational icon by the state senate of California, a honor rarely presented to hip hop artistes but well deserved.

His major label debut album  good kid, m.A.A.d city was received with critical acclaim. Critics lauded Kendrick’s lyricism and story telling ability. It confirmed that his collaborative effort with Dr Dre, the Recipe, wasn’t a fluke, that he was a force to be reckoned with and he did not stop at just at that. His verse on Big Sean’s Control shook things up big time. Beef has been washed down among new school artistes. Kendrick called out upcoming rappers, saying he would murder them. Lyrically, of course.

They did not take it all too well especially when he declared he was the king of New York and some responded with diss tracks but none caused the lyrical genius and sheer cheek of control. It showed that this was a rapper self assured of his skills. After control, people just had to accept he was a rare find.

He recently released a new album, To Pimp a Butterfly, that quickly went platinum and was number one in different countries. He was also featured on Taylor Swift’s massively successful song Bad Blood.

That Kendrick is a phenomenal artiste cannot be question.given his witty rhymes and ability to rap along to almost any beat, he is not about to fade out any time soon.

7 Reasons Why You Should Try Pole Dancing