One week after the Bahati and President Uhuru infamous unseating, the singer is being recognized by the only person who counts in this- First Lady Maragret. 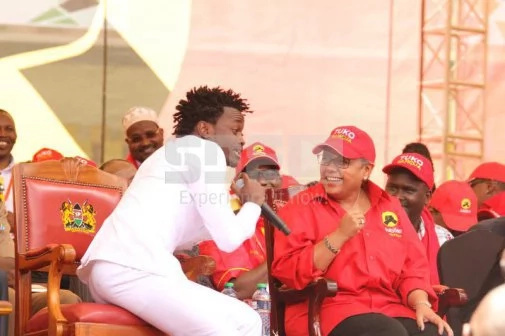 On last night’s Citizen’s 10 over 10 show, Bahati revealed that First lady was so impressed that she called him to State house for a visit.

State House officials called me on Tuesday. They informed me that First Lady Margaret Kenyatta had never witnessed such a performance before. I even got an invite.

The signer revealed on the show.

He also claimed that he has been promised yet another performance with the first family.

From Black to White, did they bleach their skins?

Some 10 Easy Excuses Not To Have Sex