Real Madrid forward Cristiano Ronaldo scored his 500th career goal for club and country — in just 753 games — and tied the club’s scoring record with a brace in the 2-0 win against Malmo on Wednesday. Ronaldo, 30, has scored 10 goals in his last six games for Real Madrid and is now level with club legend Raul’s record at the top of the Madrid scoring charts as he had netted 323 in 741 games at the Bernabeu. Ronaldo’s goal total is different, however, according to the Real Madrid record books, which give the Portuguese an extra tally stemming from a game against Real Sociedad in which his long shot deflected off Real defender Pepe’s back and into the net. 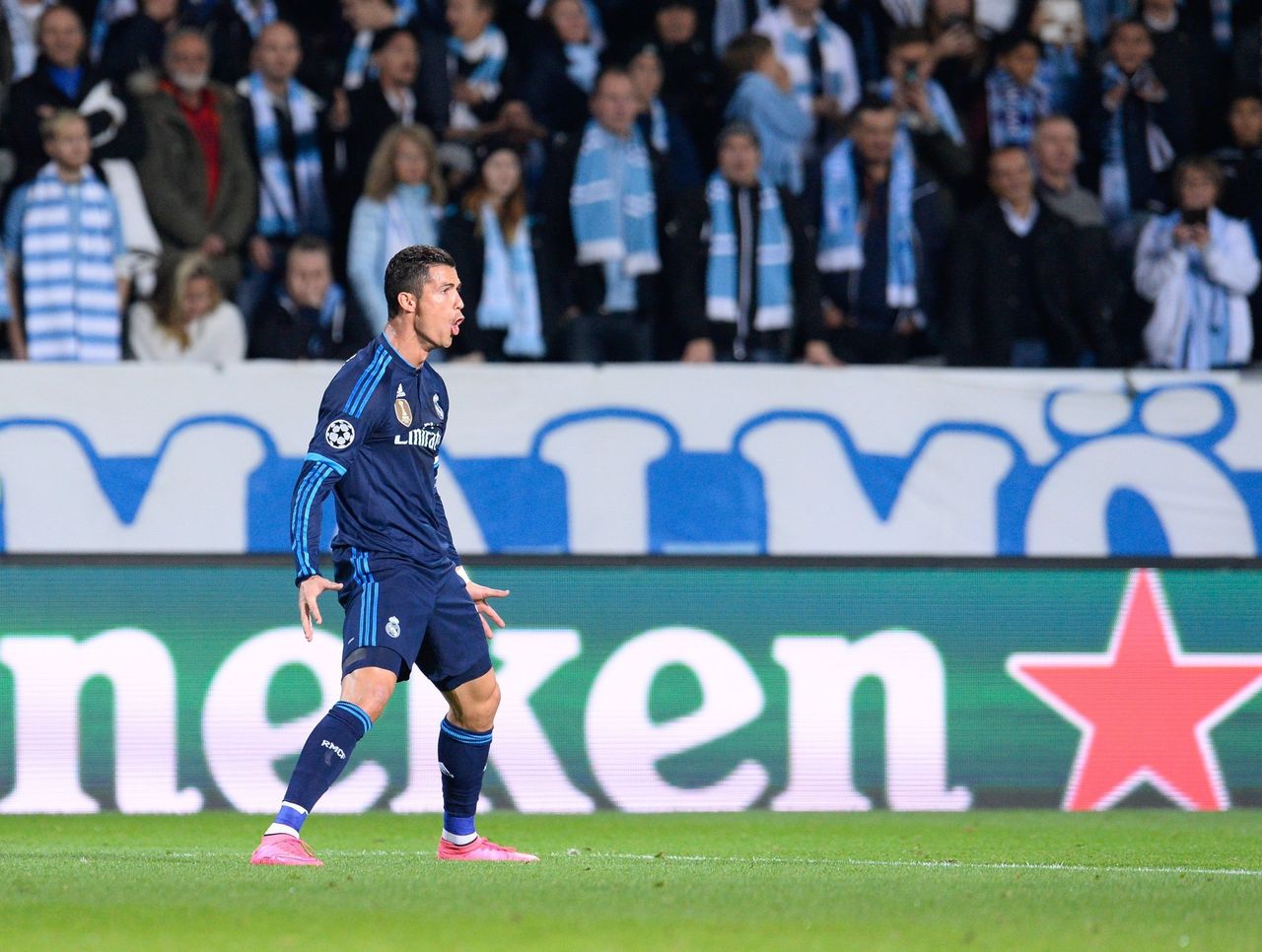 “I am very happy. Thank you to all of my teammates for helping me reach these figures and break the record at the greatest club in the world — it’s an honour,” Ronaldo said after the game of his feat.