HAS DJ PIERRA BROKEN UP WITH BABY DADDY??

Expectant Kenyan entertainer Pierra Makena now says she will bring up her child as a single mum, revealing that she had broken up with her baby daddy. 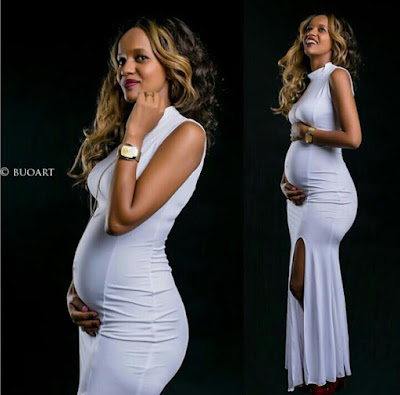 The high-flying female DJ made the startling announcement Thursday morning during a one on one interview with Amina on K24 television .

DJ Pierra said she broke up with the unidentified man just before she discovered that she was pregnant.

She is now in her fifth month and is due in July.

In the interview, DJ Pierra refused to reveal the identity of her Baby Daddy, saying thta he was a private person who is not even on social media.

She further revealed that both her and the Baby Daddy are now dating different people.

“He had moved on and dating by the time I discovered that I was pregnant and didn’t want to disrupt what they had just because I was pregnant…he started dating while we were not together so it’s all good,” said Pierra.

“He is an amazing man, but I don’t want to confuse my child so I’ll raise him as a single mum then later he can decide what he wants to do.”

DJ Pierra also displayed a commitment ring she has received from her current boyfriend (not the baby daddy), thanking him for “being crazy” enough to be in a relationship with her despite her situation.

DJ Pierra is a multi-award winning actress who has also tried radio presentation and singing. She is now arguably the most recognized female DJ in Kenya.

11 FUTURE FEARS EVERY TEEN HAS ABOUT THEIR TWENTIES