Adele and Drake keep hinting at a collaboration, and the internet is starting to freak out. Rumours of a joint project between the “Chasing Pavements” singer and “Jumpman” rapper started over the weekend when Adele said she was interested in remixing “Hotline Bling.”

The 27-year-old singer went on to say that she’s such a fan of “Hotline Bling” that she bought the red coat the Toronto rapper wore in the video.

“I really want us to do an official remix,” Adele said. “I love Drake. I love Drake so much.” 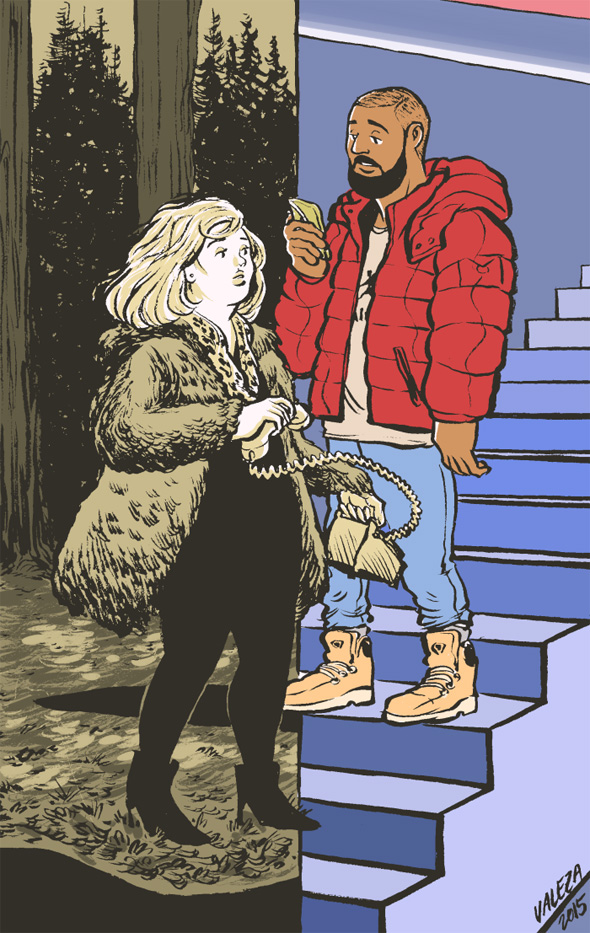 While the pair hasn’t officially announced they are going to remix the song, Drake seemingly approved of collaborating with Adele. On Sunday, the rapper posted an animated photo to Instagram of himself in the red coat from the video standing next to Adele. He captioned the picture, “Me and my ting just coolin.”  Drake’s “Hotline Bling” and Adele’s “Hello” are arguably two of the biggest songs of the year. And both are about telephones.

Snapchat Now Allows Emoji To Move Around With You In Video