During the yester years, dating was pretty simple and straight forward. A guy meets a girl, they like each other, and the guy asks the girl to be his girlfriend. That’s it. When growing up, we thought dating would be simple as that? Uhhhmmm…not so fast. These days there are so many phases an steps that one can get so confused and lost in the whole process that they can even give it all up.

You’ve been hanging out with someone amazing for awhile, and you two are definitely more than friends. But you know if you’ve moved into “relationship” territory yet. You want to ask them sooooo bad if you guys are ~together~, but are also deathly afraid that you might scare them away, so you don’t say anything. Enter the cycle of awkwardness that comes with being in between just “hanging out” and defining the relationship (DTR), if you’re in this situation, you know the following this all too well.

1. You don’t know how to introduce them to your friends/family.

2. Your friends constantly ask you what going on.

If only you knew.

Because a Snapchat pic with bae lasts 24 hours, but an Instagram tag lasts a lot longer than that.

4. When you hang out alone, you never know if it’s actually just hanging out, or a date.

You could ask, though! 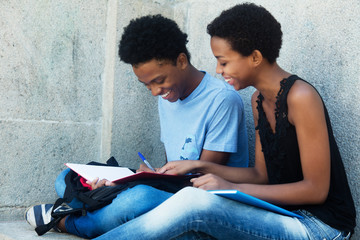 5. Are you making this whole more-than-friends chemistry thing up in your head?

You’re pretty sure you’re not. But still.

6. Your friends “know” you’re boyfriend/girlfriend before you do.

They only consider it a minor inconvenience that you haven’t defined the relationship yet (even though it’s tearing you up inside).

7. When someone calls you their girlfriend in front of them and you make awkward eye contact to see how they react.

And then you play it off like nbd when they pretend they didn’t hear anything.

8. When another girl in your class says she likes them.

And you can’t say anything because you’re not really dating, but you also don’t want to admit you like them, too, because you don’t want it to get back to them so you just bite your lip and freak out on the inside.

13. When you go to see a movie together on a random Saturday afternoon and bump into someone from school.

It’s so awkward as they try to figure out why you’re alone. together. and if you’re a couple, and you just pray that they don’t say something potentially really awkward like, “I didn’t know you were dating.” Except that you secretly hope they do so your maybe bae will be forced to DTR. But what if they say, “No, we’re just friends,” and you have to go and sit through the entire movie pretending like nothing’s wrong and you knew that the whole time and your heart didn’t just get shattered into a million pieces.

OPED: Schools are open but where’s the fees coming from?