The award-winning artist is captured on her knees while greeting the former ODM Secretary General during her later father’s funeral. 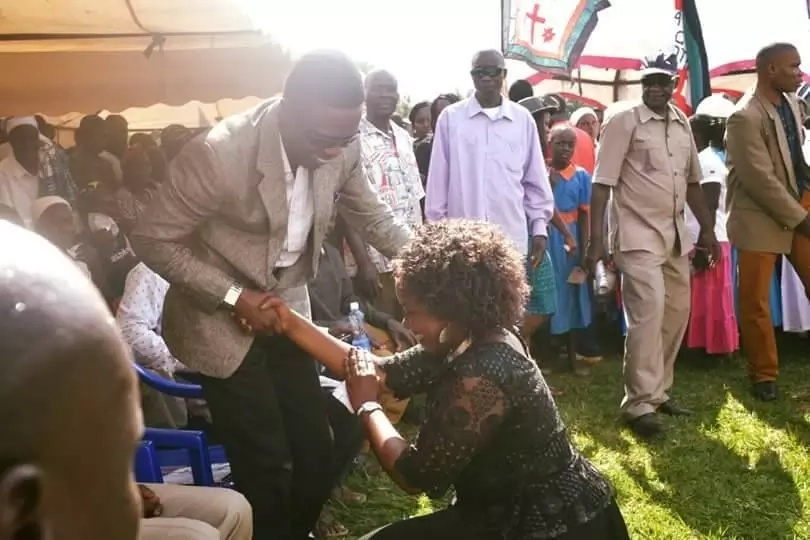 It’s a move that did not please quite a number of women who felt that she was dragging them to the old days at a time when everyone is fighting for gender equality.

Others, however, praised her for being respectful and humble to men despite her celebrity status.

The act of showing respect to men by bowing down when greeting them is a tradition common in Uganda and is rarely practiced in Kenya.

MEET THE NEW QUEEN OF SOCIALITES!! ( See Why)