Kenyans were left shell shocked after photos of Betty Kyalo supposedly announcing her engagement emerged.The screen siren who is enjoying a vacay in Asia has come forth to set the record straight.

According to sources, Betty is still technically married to Denis Okari and thus most are wondering why she would jump into another marriage so soon. 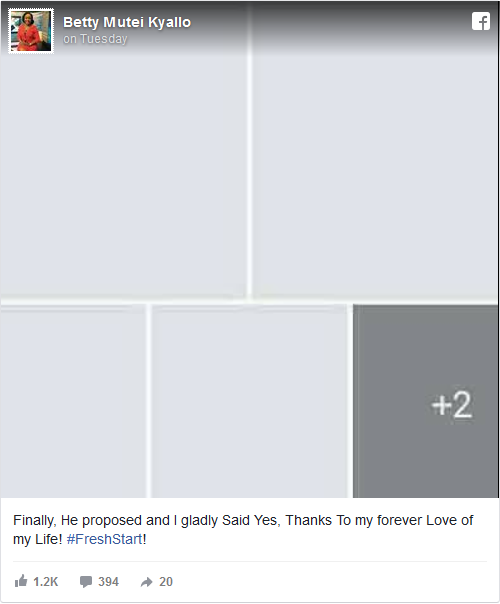 But it is all fake because the Facebook page which has over 340k likes was just another parody page that uses Betty Kyallo’s name for publicity. The page has even spelt the beauty’s name wrong.

Betty dismissed news about her engagement.

“Engagement? That’s a fake page. That has many followers,”

Former iQru now battling out for a political seat