Kim Kardashian and Amber Rose shared a selfie together Tuesday morning, confusing virtually everyone on Twitter. Just last week rKanye West shaded his ex-girlfriend Rose during his epic rant against her baby daddy, Wiz Khalifa, the model responded by tweeting at Kardashian’s husband.  And yet, now the two women are taking selfies together. See a larger version of the selfie below. 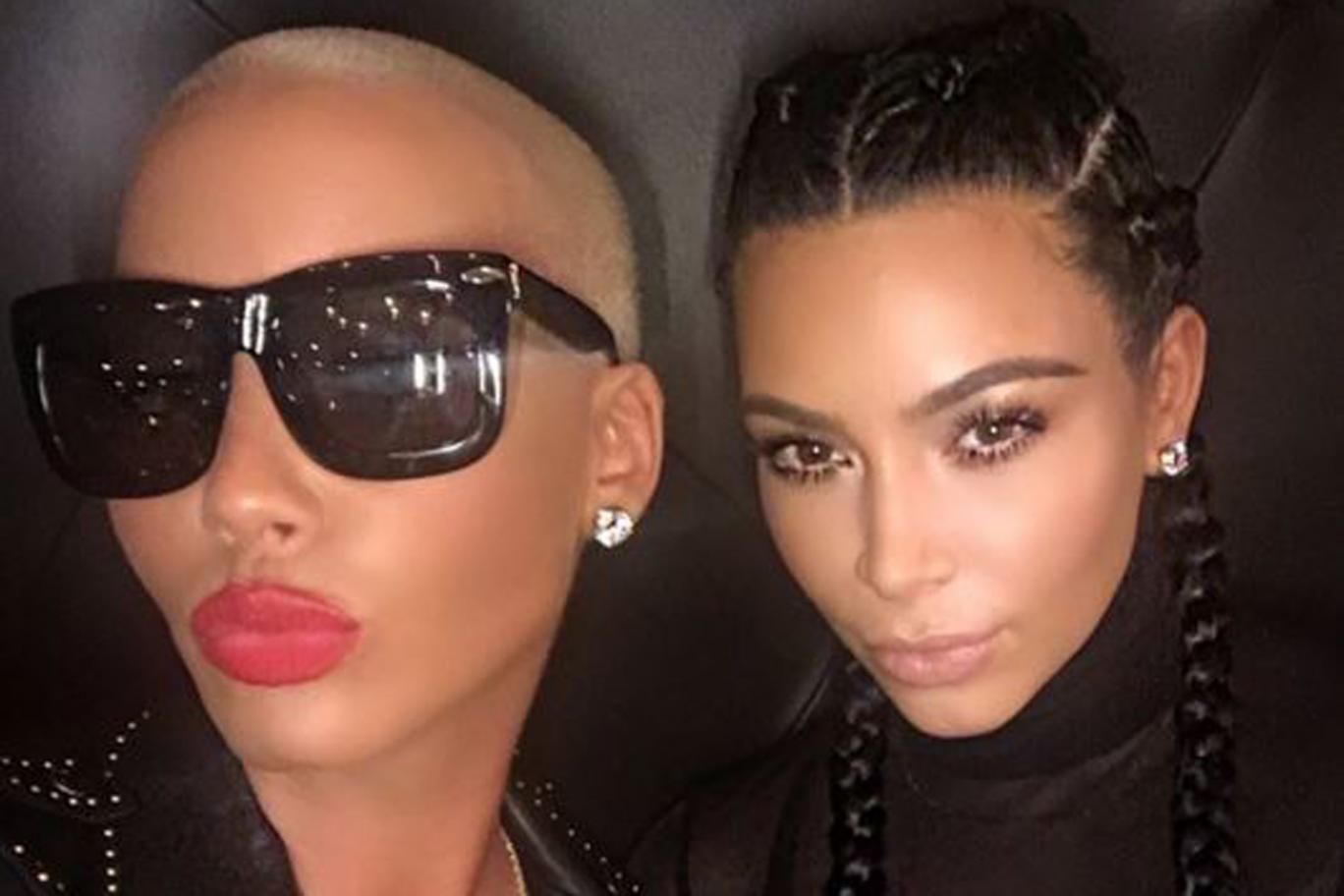 Neither Kardashian nor Rose explained the photo, which shows the two women dressed in black. Accompanying Kardashian’s post was the caption, “Tea anyone?” Rose even more cryptically captioned her shot, “Swingers,” along with emojis of a frog and cup of tea. For his part, West has not commented at all on the photo of his wife with his outspoken ex-girlfriend. Even after West deleted his rant, which alluded to Rose and her son with Khalifa, the model still did an interview with a podcast during which she called him “[expletive] ridiculous” and “a [expletive] clown.”

In any event, the selfie with Rose and Kardashian led to the trending topic on Twitter of “Kim and Amber,” and a slew of tweets from confused fans. One Twitter user with the handle @RemAffiliated joked, “Kim and Amber in a picture together proves 2pac is still alive and the Earth is flat.”