Last week,Colonel Moustapha seemed to take a dig at his famous ex girl Marya, when he accused her of cheating on him when they dated years back.

Moustapha claims that he had to leave the sexy lass because he could not stand her philandering ways. 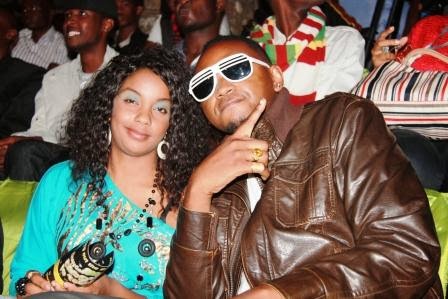 Speaking to Niaje , Marya finally stated the reason she left him.

Let me remind Mustafa
I remember the days he could hit me on the head and bang my head on the wall and i could defend myself with my high heels shoes and hit you back only for you to hit me harder punch my stomach and you could hide the keys so that I would not run to tell people…..

Most feel that Colonel Mustafa is using his latest antics as a publicity stunt in order to sell more of his music.

There may be many versions of the story going round, let’s just wait and see if Mustafa will comment on Marya’s accusations.

Taking it back to high school with Maluda

Must See: The 5 Hottest Honnies As Voted By YOU