Funny man Njugush is officially a taken man. Though he has dated his bae Celestine Ndinda for years now, he wants to finally make her his wife. Njugush aka Timothy Kimani over the weekend paid dowry in readiness for his soon-to-be wedding to his longtime sweetheart. He was accompanied by his long time friend and colleague Abel Mutua and a number of other local actors.

Check out how happy the couple looked. 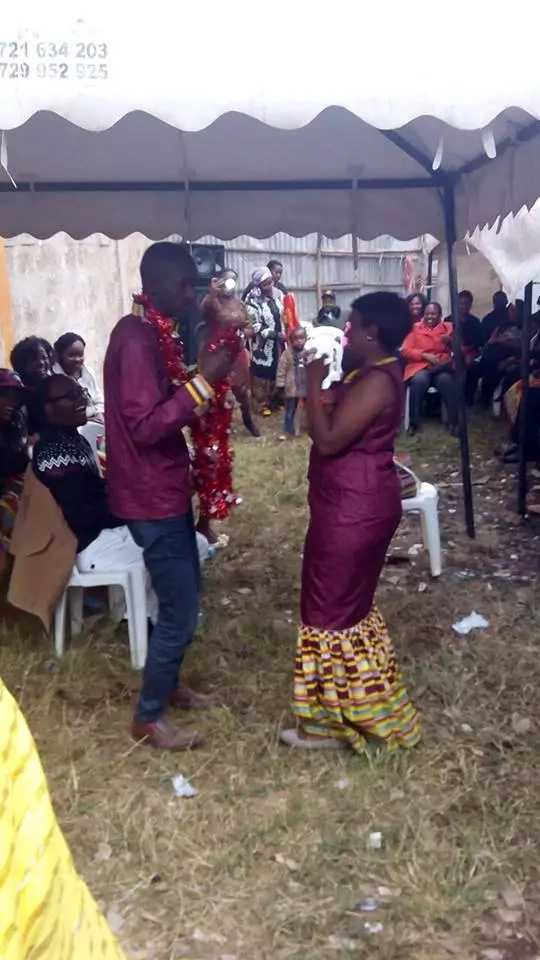 Njugush has not been shy about his undying love for Celestine, who he describes as the only one who has held him down over the years. The two who met while in campus at KIMC, formed an unbreakable bond that was based on pure love. Way before Njugush was even famous, he could not even afford regular meals, but Celestine stood by his side and supported him through those hard times.

Congratulations to the beautiful couple

We look forward to the wedding.

Babu Owino reveals how he made his millions

Update: Project X Party BANNED,but what can we learn from this??