Safaricom yesterday announced its decision to sponsor the 20th edition of the Safari Sevens tournament to be held at the Safaricom Stadium, Kasarani from 2nd to 4th October. 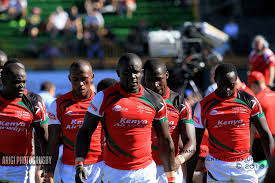 The announcement comes five months after Safaricom withdrew its sponsorship of rugby following allegations of corruption and fraud within Kenya Rugby Union (KRU), and barely a month after the company – alongside fellow sponsors Kenya Airways and Bamburi – agreed to resume talks with KRU under stringent conditions.

In August, KRU Chairman Richard Omwela assured sponsors that the KRU Board would improve governance, accountability and transparency within both the Union and the sport. Since then the Board has initiated measures aimed at cleaning house, including placing the Forensic Report by audit firm PKF before KRU’s Independent Disciplinary Committee.