Looks like Jordin Sparks isn’t the only one who’s moved on from her relationship with Jason Derulo, as it appears he has a new lady!

It was previously rumored some months ago that Jason was shacking up with 50 Cent’s model ex (and baby mama), Daphne Joy, after the two met in London and snapped a photo together. Daphne, however, denied the rumors and took to Twitter with several (now-deleted) tweets stating.

“Being at the same place and time doesn’t mean your [sic] an item…” and “I’m single, please don’t get too wrapped up over one photo ????” 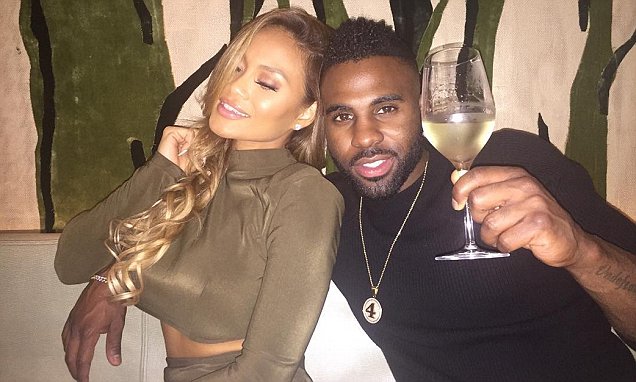 Well guys, it appears that Daphne has had some time to reconsider her relationship status with Jason and has basically confirmed the two are actually an item!

Daphne recently took to social media with several photos and videos of both she and the “Wiggle” performer holding hands and canoodling together on their way to an event.

IS SHE THE HOTTEST WOMAN IN KENYA?

Bruce Odhiambo; you are answerable to the youth!