An aspiring Ghanaian actress  who has been identified as Moesha Boduong reportedly fell flat on her bum this afternoon while window shopping at Ghana’s biggest mall-West Hills.

Flaunting a tiny waist and a humongous bum with a handbag in her hand, Moesha collapsed just in front of the MAC shop—with several bystanders rushing to help her.

A male shopper who tried resuscitating her came to the conclusion after his first press that—the Moesha was somewhat a dummy, since her chest area right down to her stomach was as hard as a Pig Farm tea bread. 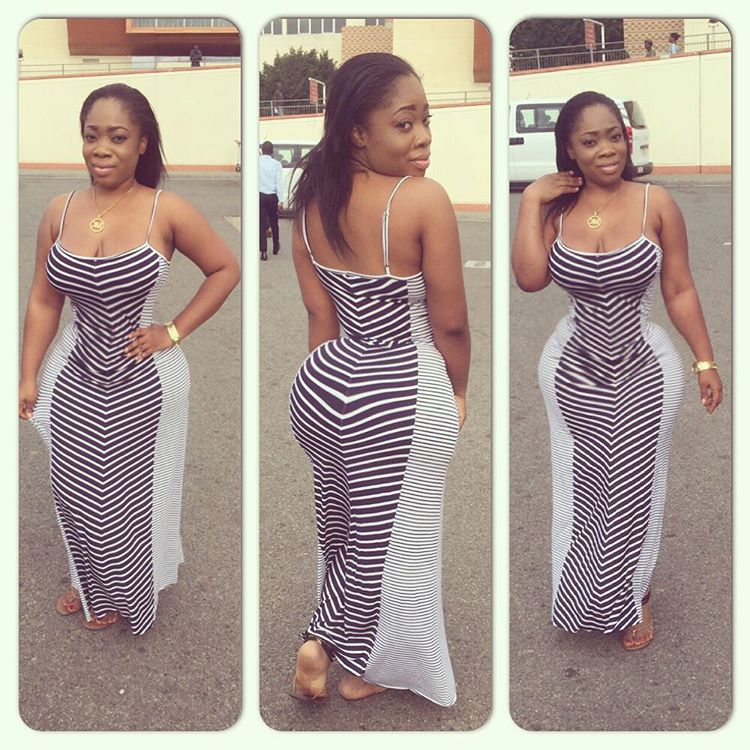 After 2 hours of waiting for the ambulance which was said to have been stuck in traffic, c—the two women decided to check what was the cause of the strange body stiffness.

Shockingly, when Moesha’s stripy maxi dress was taken off—she was seen wearing 4 waist trainers, one by one they were all taken off.

The moment the last one was ripped off her body, she jumped up—asking, what happened? After she was told of what had happened, she said she was fine and did not need any medical attention.

The struggle is real ladies, but it is not worth your health !

Rihanna and Jay-Z sued for bailing out on Nigerian Concert

6 SIMPLE STEPS TO LEARNING TO LOVE YOUR BODY